As an action and mountain bike photographer, Martin Bissig accompanies athletes on their adventures to remote corners of the world. At Photo Münsingen he is showing excerpts from the series "Facing K2" (Pakistan), "Chasing Trails" (Iran) and "Nekor - A Pilgrim Ride" (Tibet). In the interview, Bissig talks about his working methods, preparations and equipment.

Martin Bissig, you accompany athletes on their adventures. How do you prepare for such a mission?

A distinction must be made between material and physical preparation. With regard to the material, it's important that I know right from the start what I'm going to encounter, what it looks like on site and what my options are. For example, there is often no way to charge batteries for days. So I have to make sure that I can work autonomously during this time. That means: having enough memory cards and batteries with you, having the option of making a backup and so on. Then I always work with two cameras in case one fails. Also important are radios to talk to the athletes, or a drone. It's often difficult to get something like this when you're on the go.

I travel a lot before the expedition. I don't train specifically, but I try to be in good physical shape all year round. It's just as physically demanding for me as it is for the athletes. When it comes to altitude, I have already acclimatized in a high-altitude tent at home. I prepare well, because if an athlete drops out during an expedition, that's part of the story. On the other hand, if I fail, there are no pictures. And I can't afford that.

What camera equipment do you work with?

I've been working with the Canon system completely mirrorless for three years - mainly because of the size and weight, which is very relevant for me. I always work with two cameras at the same time. I have a 15mm wide-angle lens on one, a superzoom on the other, currently a 24-240mm. It's important to me that I can cover the entire focal length range and don't have to change lenses. I have the cameras on a hip belt, so I'm ready at all times.

Who are the clients for these pictures, how is your work financed?

You have to differentiate: on the one hand there are the expeditions. I don't earn enough with these to be able to earn my living in Switzerland. Although the stories are published in fifteen to twenty countries at a time and are also financed by sponsors. On the other hand, I do a lot of commercial work, here in Switzerland and in neighboring countries. For bike manufacturers, backpack manufacturers, holiday destinations and so on. That's how I earn my money.

The expeditions I do are financed by sponsors, who then also receive part of the pictures. Or by athletes, who in turn covered this with sponsors. Partly also from tourist destinations where we are invited. And then I get a little kickback from the magazines in which we publish.

How do you work on site: are you a silent observer or do you arrange things?

On an expedition, I try to be as real and authentic as possible. I don't arrange anything, I don't set anything, but most of what happens happens that way. That means I'm really an observer. There are of course action scenes that we do two or three times to make it look cool, but I wouldn't arrange anything that doesn't correspond to reality.

What is involved in your work on site?

On an expedition like the one in Pakistan, that's a very large area that I cover in the form of a one-man show: I filmed, photographed, flew drones, did the sound. I also edited the film and distributed images to the magazines. On site, my working day starts early in the morning when I get up and the driver ends after a hard day of interviews.

Do you have a tip for photographers who want to get into extreme sports and action photography?

There is really only one thing: go out, do, have fun with what you like to do. Commercial success usually comes naturally afterwards. Although you have to say: it's a tough place, there are many existing and good photographers out there who already have a name. To get started, I suggest teaming up with an athlete. Or in the commercial sector to contact manufacturers of outdoor equipment. There are always cool, young brands that are also looking for cool young photographers.

To the exhibition by Martin Bissig…

To the lecture by Martin Bissig… 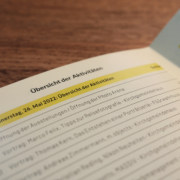 Lectures and Audio Vision: An overview of the dates Interview with Thomas Kern: "I just come to you as a person." 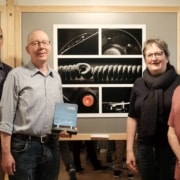 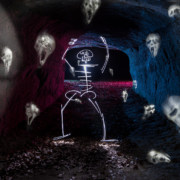 Hot off the press: our brochure is here 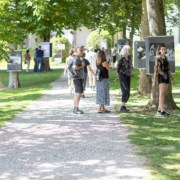 Accept AllI do not accept