The green roof of Europe
Forest worlds between east and west

What drives many people to travel far away? Often they only look for the foreign in themselves in the external foreign. Berndt Fischer turns the tables: he looks for the strange in the familiar of his homeland. Since childhood he has encountered the border mountains that separate Bavaria and Austria from the Czech Republic, first as a hiker, then as a nature lover and finally as a photographer and author.

Today these mountain ranges appear at first glance to be rather modest forest mountains, but they have it all. In the former no man's land between west and east, two national parks and numerous nature reserves were created. The militarized and depopulated area became an unexpected retreat for nature: we find three different species of eagles, ponds full of blue frogs, pristine bogs and swamps, mountain streams and meandering rivers, seemingly endless forests with jungle relics, clandestine forest dwellers such as black stork, grouse, lynx and Moose.

Little has remained of the primeval mountains between the Danube and the Vltava since ancient times. Over millions of years it was removed to the dimensions of a low mountain range, but unique formations of gneiss and granite still bear witness to the drama of the earth's history.

In the multivision, the strange appearance, the wild core of this low mountain range, which appears so harmless to the outside, is made visible: here there is still the harsh winter on mountains, in which the proverbial Bohemian wind lives, and the blooming spring with its sparkling macro world of Insects, spiders and snakes, the mysterious life of the “night walkers”, the return of the large animals that crossed the border of death as border crossers.

We experience an archaic landscape full of poetic moods, in which the relics of a painful story only survived as silent witnesses.

Like no other photographer, Berndt Fischer captured life on the Green Roof in sensitive images and interwoven it with music. In his live commentary, he reports in an exciting and humorous way from past and present, from over here and over there and from the countless encounters with the animal protagonists. 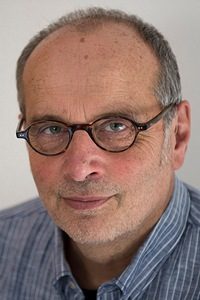